Why did we call ourselves Troll Tours?

Trevor’s bikie name is Troll & it suits him. He is big, ugly & lives under a bridge. Well, he’s not really a bridge Troll. See “About Us” section on our site to find out about AusTROLLian trolls. It is well-known in Trolldom that when Trevor is in a bad mood (not often) or angry (rarely), his shadow moves across to the wrong side.

Our human drivers are all accredited with the Ministry of Transport NSW. They are all knowledgeable,experienced, professional and best of all – loads of fun. 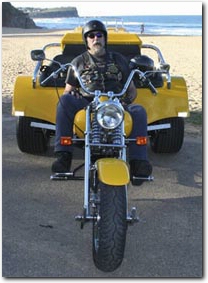 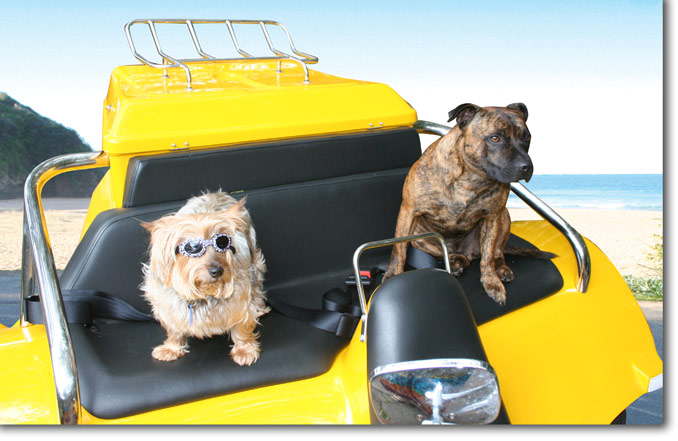 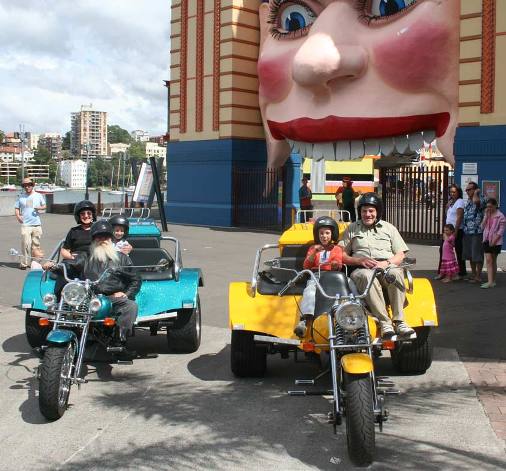 VB, the Staffie, is more the nervous type. He’s a great dog but scared of just about everything, this photo was taken his second time on the trike, we wouldn’t try and take him on the Harley, the noise is to loud for him and besides, he wouldn’t fit very well. It has taking him a while to get used to the trike but he will. They have their own seatbelts, goggles & scarves but being rather vain they didn’t want their photo taken wearing the seatbelts. Time to stop typing & take them for a ride so they will stop bringing their goggles out to me.