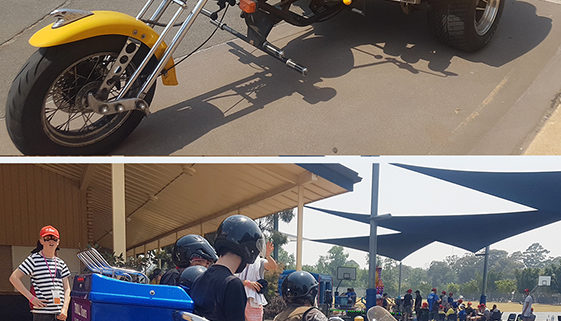 Every year for the last 5 years, we have organised this childrens camp trike rides. We send two trikes to their fair day. It is organised for children who come to the camp at the school.

Our trike riders Craig and Steve, rode the children and adults around the school area. The rides were so popular they both kept going non-stop for 2 hours each.

However, the time was up so our trike riders said goodbye. In conclusion, the childrens camp trike rides was a huge success yet again.

Saint Ignatius’ College, Riverview is an independent single-sex primary and secondary day and boarding school for boys, conducted in the Jesuit tradition, located in Riverview, a small suburb situated on the Lane Cove River on the Lower North Shore of Sydney, NSW