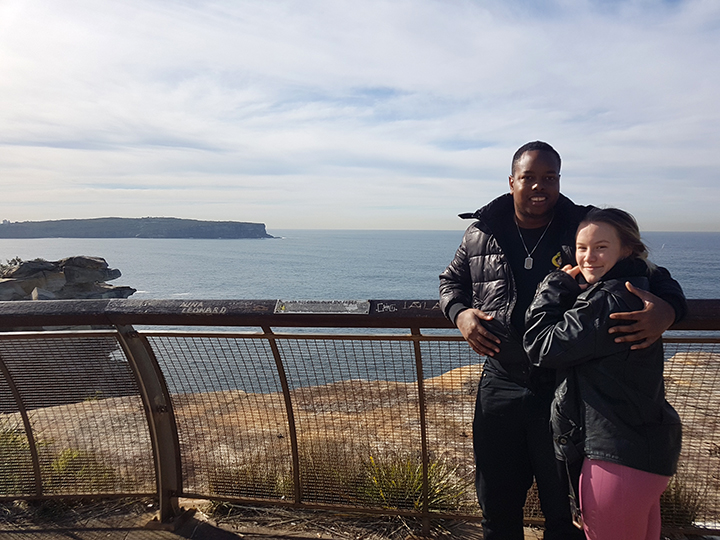 Dion organised the eastern Sydney trike tour as a fun experience for Jordyn. It sure was fun and so memorable. Craig picked them up from the family accommodation. We do pick up anywhere that suits our passengers.

Firstly they rode up Oxford Street. This is the street where the famous Sydney Mardi Gras parades along. Next they rode through the posh suburbs of Double Bay and Vaucluse. Continuing on, they rode to Watson Bay. It is famous for Doyles Restaurant, which is famous for its seafood.

In addition, right near Watsons Bay is the Gap. There is a beautiful view from the cliffs out to the Tasman Sea.

After that, they rode to the iconic Bondi Beach. It is the most famous beach in Sydney, probably Australia, known around the world. Continuing south, they rode past the lovely Bronte Beach. Moreover, Bronte Beach sits on Nelson Bay, surrounded by Bronte Park. Bronte offers scenic cliff-top walking paths south to Coogee.

We rode through Centennial Park. It is a huge and beautiful park with lots of wildlife, horse rides, picnic areas and cafes. However, time was up so it was to the drop off point. 1.5 hours goes so quickly! In conclusion, the eastern Sydney trike tour was a huge hit. In other words, this was a very memorable experience! https://trolltours.com.au/product/design-your-own-ride/

The Gap is an ocean cliff on the South Head peninsula in eastern Sydney, NSW. The area, which faces the Tasman Sea, is located in the eastern suburb of Watsons Bay, near South Head. Although the cliff is a popular visitor destination, it has an infamy for suicides.