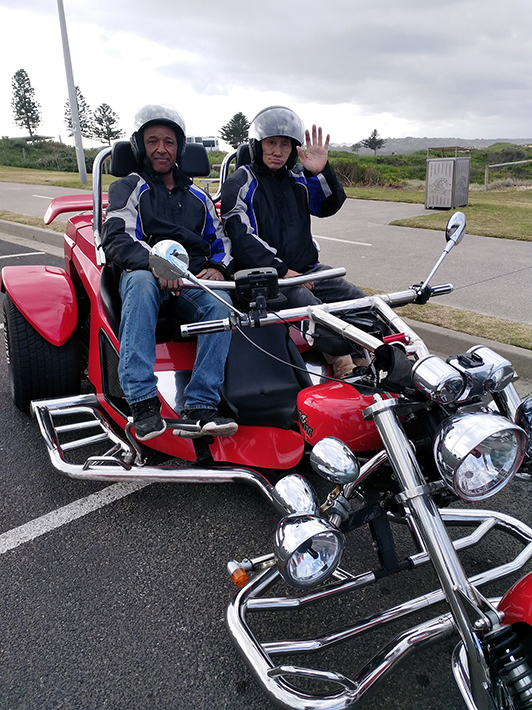 Hugh and his carer did a trike ride with us 2 weeks ago. It was such fun that Hugh’s mentor organised a Cronulla Beach trike tour with us. These rides are great for people with a disability. For instance, feeling the breeze, hearing the motor and just feeling the whole experiencing is wonderful for them. Barry picked them up from their home in the southern suburbs of Sydney.

Hugh loved the Cronulla Beach trike tour just as much as he loved his first ride. The first ride took them on a different loop of the south eastern suburbs. Half the time it is just as much the fun of the experience than what the sights actually are. Above all, it is safe and our riders are all professional and experienced.
https://trolltours.com.au/product/design-your-own-ride/