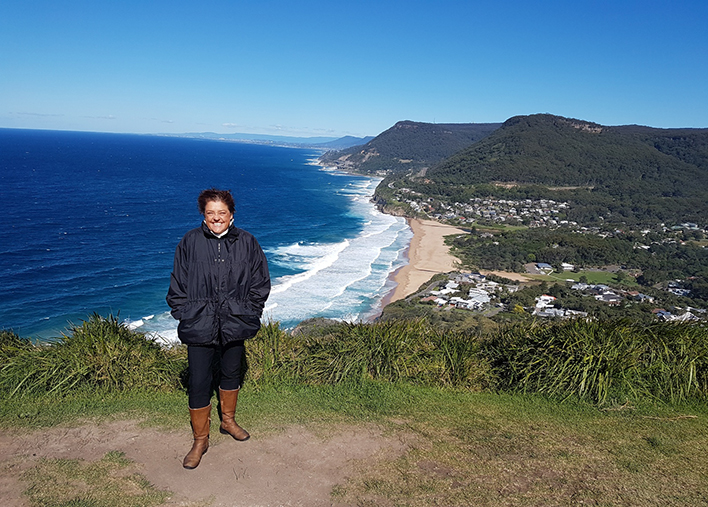 Stacey wrote to us: “I honestly had the best day ever on my Harley ride. It was sooo bloody thrilling, I really loved it. Syl was such a top bloke, he kept me entertained, he kept me safe and made the day special. I would recommend this Harley ride to anyone.” In other words, the Harley tours Southern Spectacular was just that!!

Stacey was given a gift voucher for the Harley tours Southern Spectacular. It was for her 50th birthday and it was a very thoughtful and unique present from her brothers. Stacey absolutely loved the whole experience – best birthday present ever!

Firstly they rode through the Royal National Park. It is the oldest National Park in Australia, the second oldest in the world. Above all, it is very scenic and a great road to ride the Harley on.

After that, they cruised along until they ended up at a Berry pub for a beer (Stacey) and hot chips. The local Chamber of Commerce named it “The Town of Trees” in 1975 because, towards the end of the last century, the local settlers planted extensive stands of English oaks, elms and beech trees. 144 km south of Sydney via the Princes Highway.

They then headed back to Sydney via the freeway. Therefore Stacey received a taste of both the coastal meandering and the faster paced road. The 4 hour Harley tours Southern Spectacular is a great way to see the southern area of Sydney. In conclusion, it was a wonderful birthday present! https://trolltours.com.au/product/southern-spectacular-trike-tour/