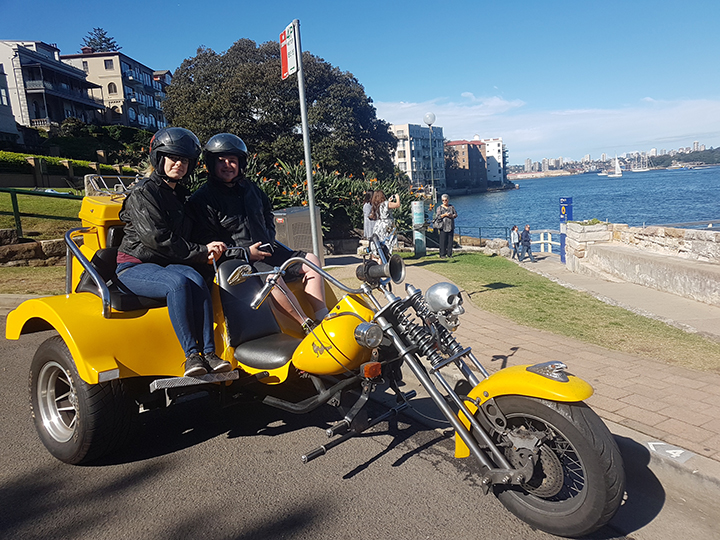 Leonnie + Toby are in Sydney to celebrate their 10 year anniversary. Such a milestone is definitely worth celebrating! We are always so pleased to be a part of our passengers special occasions. So we organised the 10th anniversary trike tour for them.

Craig picked them up from their hotel in the CBD. They did one of our most popular tours – the 3 bridges ride. So after travelling through the city, the first bridge they experienced was the iconic Sydney Harbour Bridge. It is so wonderful to look up without a roof over your head. You can see the arches so easily.

Then they stopped at Kirribilli for photos and to look across Sydney Harbour to the beautiful Sydney Opera House and the city. There is also a different perspective of the Harbour Bridge.

Each of the bridges has an interesting history and each is constructed very differently so the trike tour of 3 bridges is a good ride to do. Also, each bridge has beautiful views from it.

The 10th anniversary trike tour was a fabulous way to celebrate. Leonnie + Toby loved the experience and we love helping them celebrate.