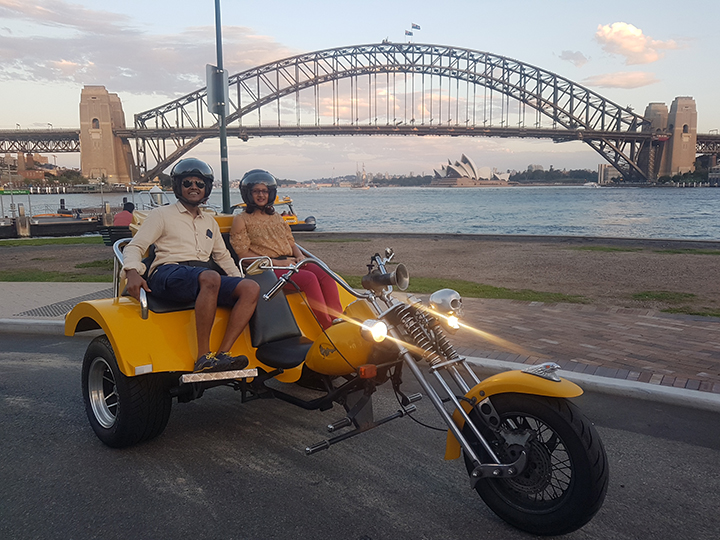 Craig picked them up from Circular Quay and rode over the Sydney Harbour Bridge. It is something we never ever tire of, no matter how many times we ride over it. Tilt your head back a little to really see the wonderful arches and steel work. It is such a different experience than driving over the bridge with a roof over your head, blocking a lot of the view.

There is another wonderful view across Sydney Harbour to the Opera House and the city. If there is time, we ride under the north end of the bridge, past the entrance road which goes to Luna Park and past North Sydney Olympic Pool.

They continued back over the Harbour Bridge before being dropped off at Circular Quay. The Harbour Bridge trike tour is a great ride and a fun experience. https://trolltours.com.au/product/harbour-bridge-ride/

‘Kirribilli House’ was built in 1854, a Gothic-style structure, a twin-gabled dwelling or cottage ornée – on the land’s highest spot. In 1956 Kirribilli House was set aside as a residence for the use of Australia’s Prime Ministers, when they need to perform public duties and extend official hospitality on behalf of the government during stays in Sydney.