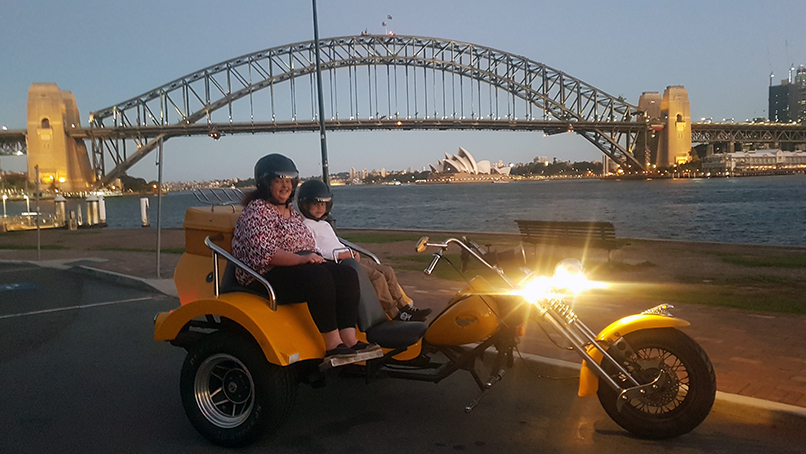 A 10th birthday trike ride was a fabulous present. Chase was smiling ear to ear the whole tour.

Craig picked Kim and Chase up from the inner west. Firstly they rode to The Rocks, it is such a lovely area with so much history. Then they rode over the iconic Sydney Harbour Bridge. It is wonderful looking up at the arches from the back of a bike. First stop was Blues Point. It has beautiful views across Sydney Harbour to the Harbour Bridge and the Opera House.

The 10th birthday trike ride is a great experience for young and old. We have had up to 104 year olds of the back of the trike. https://trolltours.com.au/product/harbour-bridge-ride/

The Rocks became established shortly after the colony’s formation in 1788. The oldest house in Sydney can be found in The Rocks. The original buildings were first traditional vernacular houses, of wattle and daub, with thatched roofs, and later of local sandstone, from which the area derives its name.