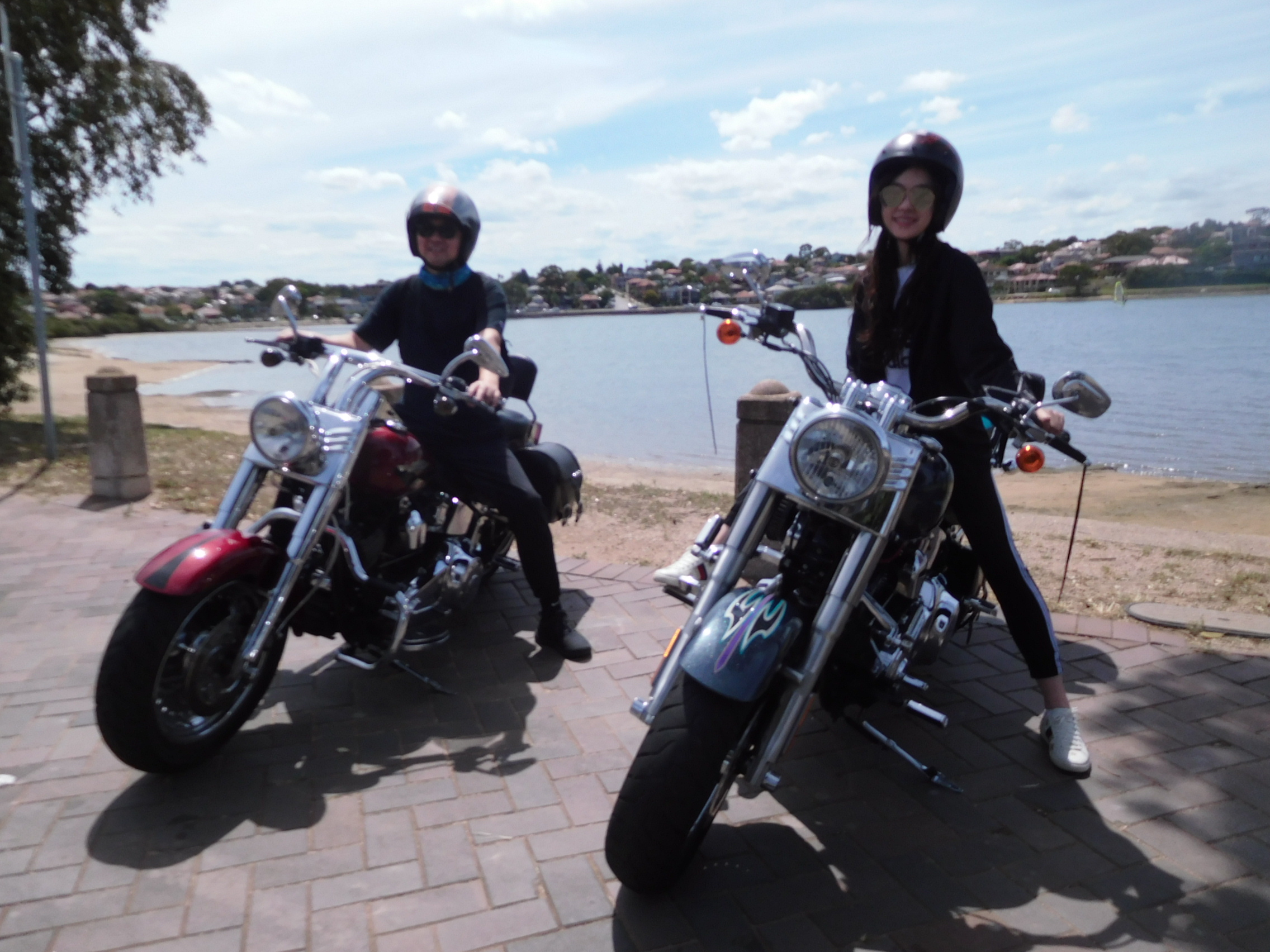 Our passengers are a Chinese father and daughter who are on holidays here in Sydney. They just wanted to have some fun so organised a Harley tour with us. They decided on a 3 Bridges Harley ride and they were so happy with it.

Our Harley riders Jungle and Phil picked them up from Circular Quay. Their first part of the adventure was riding over the Sydney Harbour Bridge. It is so much fun looking at the structure, the rivets and the arch without any constrictions, except perhaps the helmet.

The next interesting part of the ride was the Kirribilli Loop. It travels past Jeffrey Street Wharf and behind it is a wonderful view across Sydney Harbour to the Sydney Opera House. They then ride under the northern section of the Sydney Harbour Bridge so they can see the underbelly of it.

They finished the loop by riding past Luna Park and the North Sydney Olympic Pool. They continued on into the lower north shore suburbs of North Sydney and Wollstonecraft. They rode along the lovely River Road into Lane Cove. Next was the first bridge but not one of the main three.

This bridge is on the main arterial thoroughfare of Victoria Road. They travelled along for a short while before turning off into the inner west suburb of Drummoyne. They followed the shoreline of Iron Cove which is part of the Parramatta River. They stopped for photos at Rodd Point so they could have a proper look at part of the 7 km long Bay Run.

They continued on to the incredible ANZAC Bridge. It is also great to see without a roof over your head inhibiting the view. They rode ino the city before being dropped back at Circular Quay. Our passengers thought the 3 Bridges Harley ride was fantastic, a great way to see parts of the city only the locals know about.
https://trolltours.com.au/product/three-bridges-trike-tour/