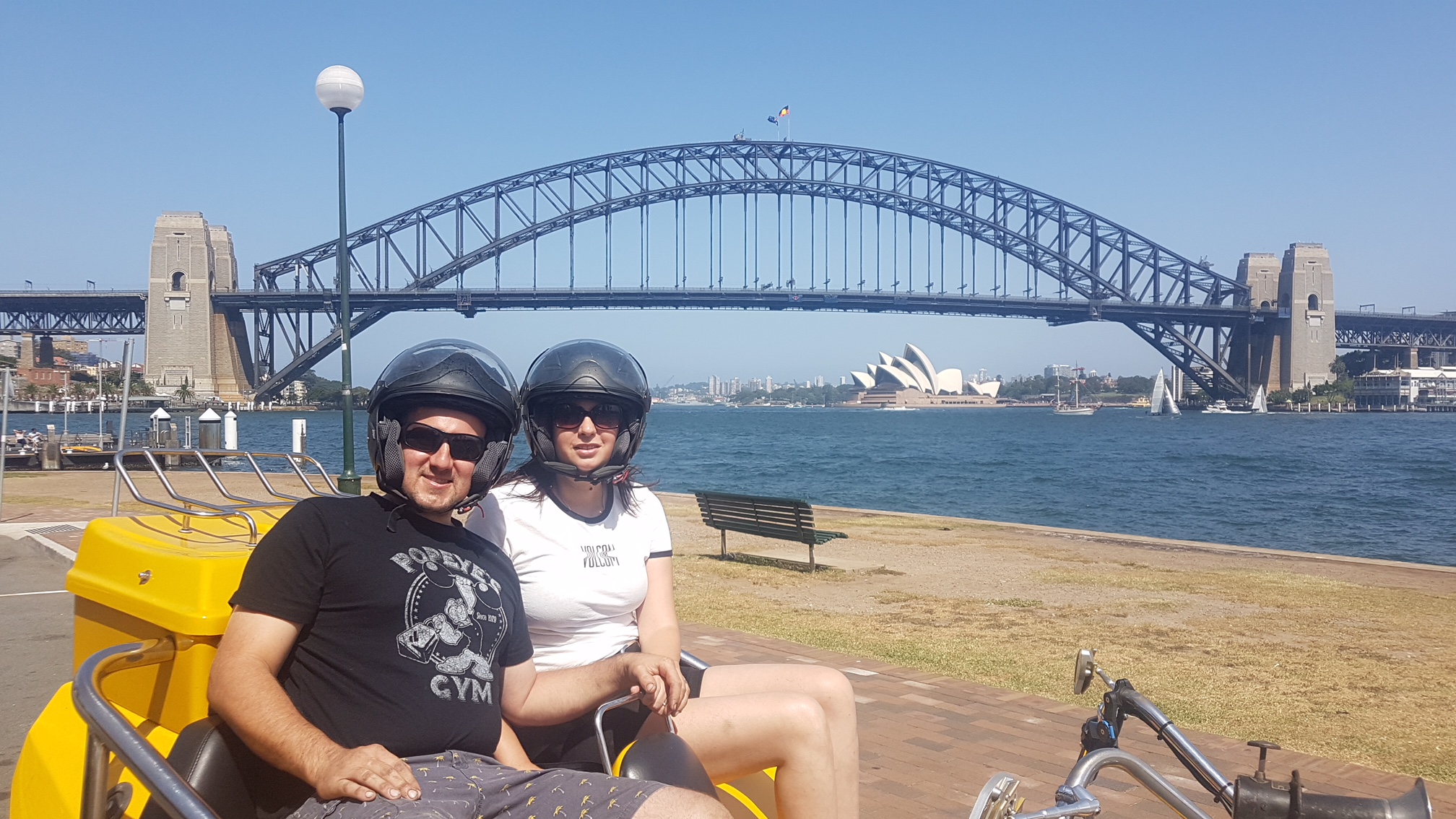 A Harbour Bridge trike experience was organised for our passengers. It was a ‘last minute’ decision of theirs to do such a fun experience. Craig picked them up from their hotel and rode them through the city and over the Sydney Harbour Bridge.

They stopped at McMahons Point for photos and to see the lovely view across Sydney Harbour to the Opera House. It really is a beautiful city. Craig then took them back over the bridge to their hotel. They had such a great Harbour Bridge trike ride, it really was a memorable experience.

Though the shells appear uniformly white from a distance, they actually feature a subtle chevron pattern composed of 1,056,006 tiles in two colours: glossy white and matte cream. The tiles were manufactured by the Swedish company Höganäs AB which generally produced stoneware tiles for the paper-mill industry.