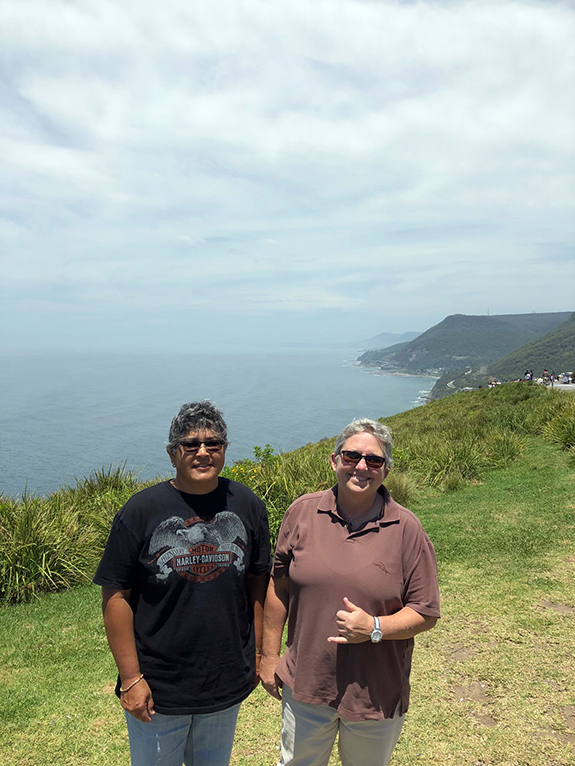 Our passengers arrived in Sydney on a cruise ship and didn’t want to waste the two days they were here for. They prearranged with us to do the Southern Spectacular trike tour. Brian picked them up from their hotel room and rode them through the Royal National Park. It is the oldest National Park in Australia, the second oldest in the world.

They continued on to Stanwell Tops where there are beautiful views along the coastline and the South Pacific Ocean. A lot of hang gliders use this as their base to jump off, which is interesting to watch. Next they followed the coastline down and across the amazing Sea Cliff Bridge. It is a balanced cantilever bridge and cost $52 million to build.

They then headed back to Sydney via the freeway. This way they received a taste of both the coastal meandering and the faster paced road. The 4 hour Southern Spectacular trike tour is a great way to see the southern area of Sydney.

They wrote: “Hi Katrina,
We are headed home today so I will write a review in a day or so.  We had a great time and Brian was an excellent guide. I would recommend the trip to anyone I know heading here for a visit.
Thank you and happy New Years.”