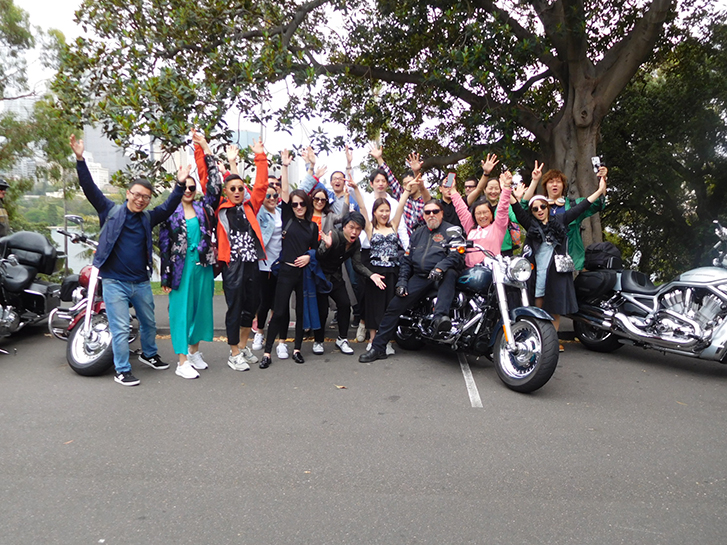 The Eastern Sydney Harley tour was a real hit with our Chinese passengers. Our Harley, trike and sidecar riders picked them up from their hotel. They rode around the Eastern Suburbs including the famous Bondi Beach. They saw many of the wonderful views of Sydney Harbour from the back streets of the posh areas, such as Vaucluse.

Whether you have a small or a large group we can cater for all sizes. It is a great way to do group bonding or just to show visitors to Sydney the famous sights the fun way. The Eastern Sydney Harley tour can be adapted to suit where you would like to go and what you would like to see.

The Eastern Suburbs is the metropolitan region directly to the east and south-east of the central business district in Sydney, Australia.

The region is not accurately defined and typically includes the suburbs within the local government areas of the Municipality of Woollahra, Waverley Council, City of Randwick, and parts of Bayside Council and the City of Sydney. The Australian Bureau of Statistics’ “Eastern Suburbs Statistical Subdivision” includes only the Woollahra, Waverley and Randwick local government areas. As at the 2016 census, the region had an estimated population of 267,037.

The Eastern Suburbs of Sydney extends from the peninsula of South Head at Watsons Bay in the south to the suburb of La Perouse.