A Harley tour around Sydney Bucket List was Number 1 of Brendan’s things to do. He lives in the Blue Mountains and spent the night in a hotel in Sydney so he could be bright and early for the Harley ride. No one could have predicted the weather when he booked so Jungle picked him up in the wet. Brendan was still raring to go so Jungle did the city tour and over the Harbour Bridge. Brendan used to work at Luna Park so Jungle rode him there for photos.

Now Brendan has his confidence up he is going to jump out of a plane, the No 2 item on his bucket list. If a Harley tour around Sydney Bucket List is something you want to do, we can give you the ride of your life. 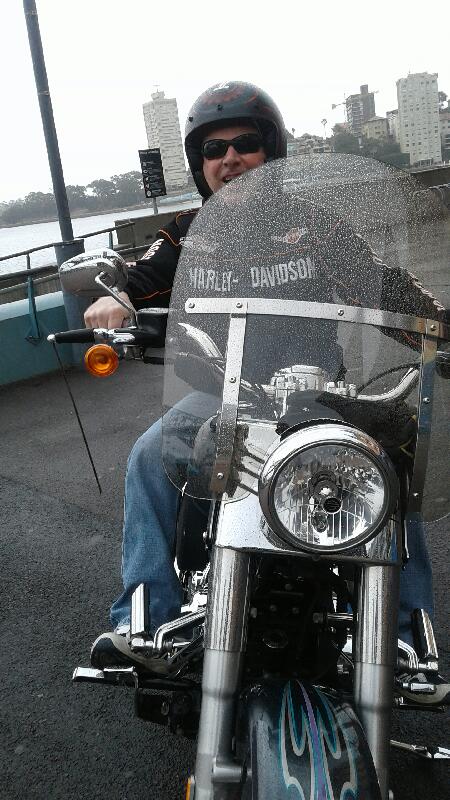